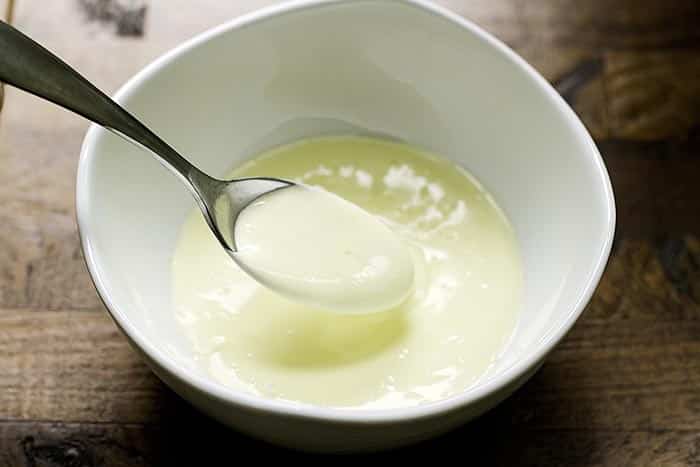 After all the espagnole sauce drama it was a relief to tackle hollandaise, which is maybe one of the most popular mother sauces and also happens to be the last sauce in this series Better Know a Mother Sauce. It’s been a totally fun kitchen project and while I can’t say I’ve mastered all of the mother sauces (although, that was never the point) I can say I made it all the way through – veloute, bechamel, tomate, espagnole, and now, finally, hollandaise – just typing that out makes me proud. As a chronic project abandon-er it’s rewarding to know I made it through this having learned some lessons that I’ll use moving forward – knowing and understanding these sauces is like opening the door to endless kitchen opportunities.

Unlike the other sauces, hollandaise feels like old hat – I’ve made it many times, mostly because it’s not something I like to order in restaurants – Anthony Bourdain’s Kitchen Confidential scarred me for life (those who’ve read it know what I’m talking about) – but also because it’s really easy if you have an immersion blender. I thought briefly (like a hot second) about making it the old-fashioned way with a whisk and double boiler, but why? Aren’t we all busy enough? Standing over the stove whisking together eggs and butter for a long time doesn’t rank high on my list of things I must experience. So I used a tried and true method borrowed from Serious Eats – fool proof 2-minute hollandaise.

I have to warn you because this immersion blender method means it’s just too easy to whip up a batch of hollandaise whenever you want. It’s a simple egg yolk, butter, and lemon emulsion that turns into a creamy sauce that I could easily pour over everything – eggs, steak, vegetables, baked potatoes, chicken, or fish. It’s amazing in it’s pure form, but also can be transformed into all sorts of amazing sauces. For example, use browned butter to make sauce noisette. Or maybe sub out the lemon for white vinegar, shallots, and herbs to make sauce bernaise. Or how about adding some creme fraiche to make sauce creme fleurette? So many possibilities.

In the end I decided to go the mustard sauce route, which is a super easy deriviative of hollandaise. Just whip up a batch and then stir in 1-2 teaspoons of dijon mustard. Serve it over salmon and you’ve got yourself an elegant lunch or light supper.

So this brings the series to a close, but it’s not the end of these sauces in my kitchen. I feel like I just scraped the surface, so don’t be surprised to find some mother sauce inspired creations popping up here and there. Until then, Bon appetit! 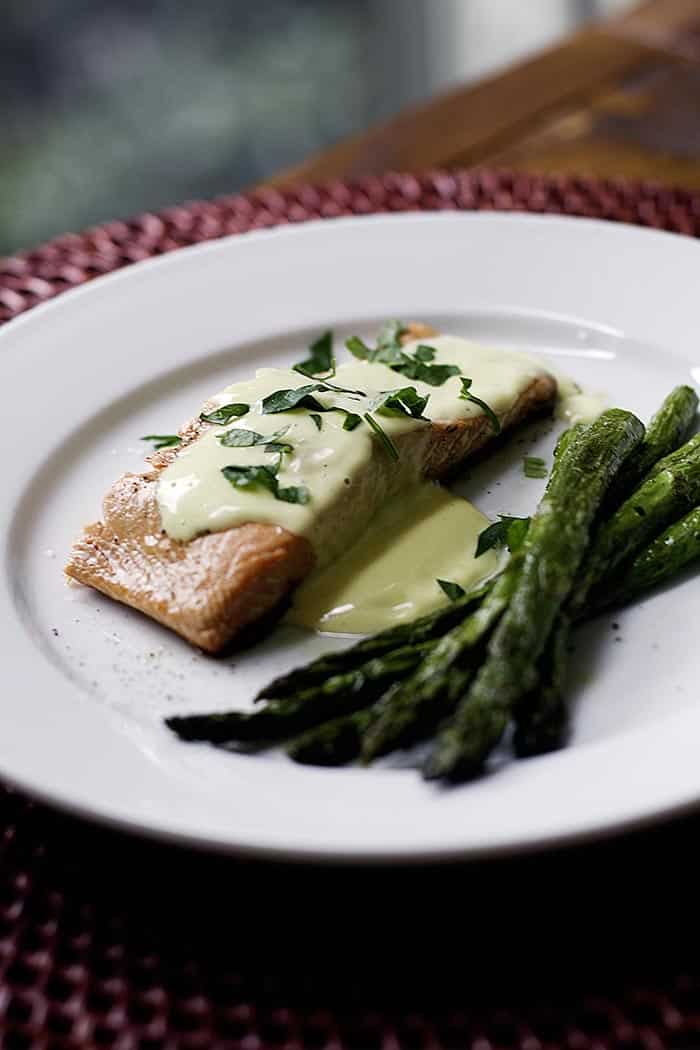