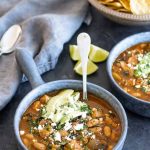 Warm and cozy poblano-tomatillo chili with pork that cooks in the slow cooker for an easy hands-off cold-weather dinner! 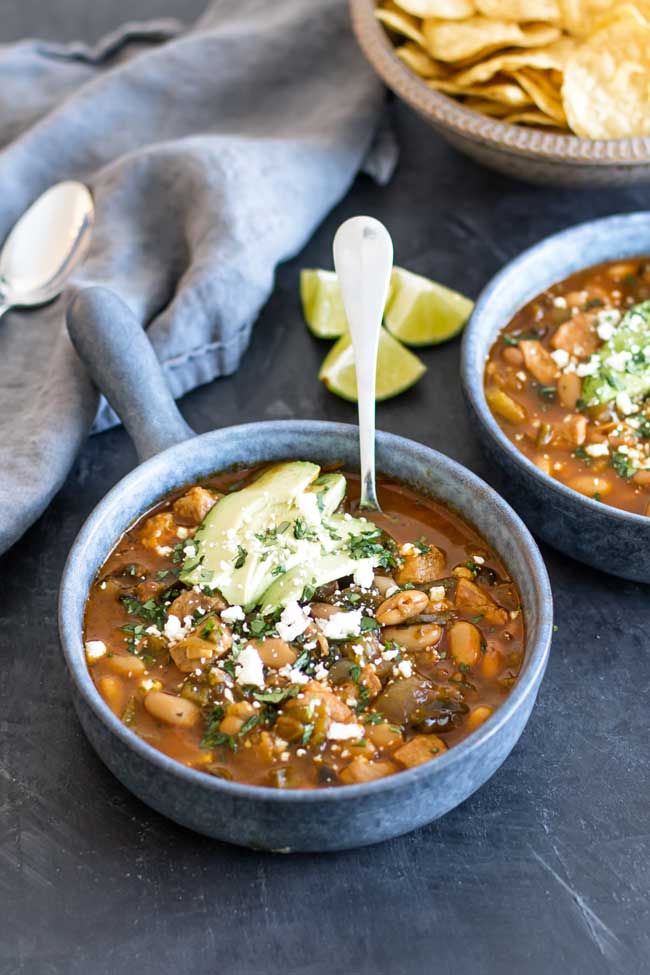 For the last few years, about the time December 1st rolls around, I start thinking about chili. I’ve written about it before, but a few years ago (inspired by a tradition we had growing up to have a hot bowl of chili on Christmas Eve night) I started sharing a new chili recipe sometime before the holiday. Normally, it’s one of my own chili recipes but this year I’m sharing a slow cooker roasted poblano-tomatillo chili with pork from a friend’s cookbook that was released earlier this fall called The Spicy Food Lovers’ Cookbook.

I met Mike (who wrote the book) and his wife, Patty (who took all the photos for the book) a couple of years ago at a food photography workshop. Due to a flight delay, I was one of the last people to arrive at the workshop and took a seat at one of the last available tables with Mike and Patty and we immediately hit it off. For the next two days, we practiced food photography, talked blogging, and laughed a lot. Since then we’ve kept in touch and I was thrilled when Mike and Patty published their first two cookbooks, the second of which I am sharing with you all today. Mike’s what you call a “chilihead” and loves all things spicy, but what I love about this book is that he shares recipes at all heat levels. Depending on how spicy you like it in the kitchen, Mike guides you in choosing the best kind of peppers for every dish plus recommendations on turning the heat up or down depending on your preference. 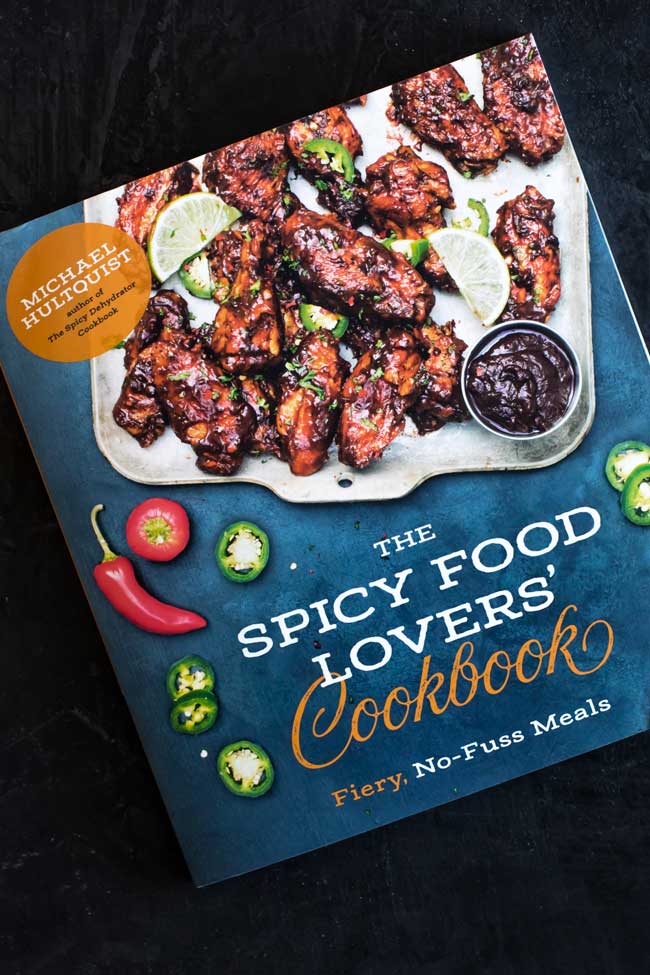 When I read the recipe for the poblano-tomatillo chili I knew this was the recipe to share for my annual Christmas chili post. Instead of fiery heat, the chili has a warm, earthy flavor from the roasted poblanos and a bright acidic kick from the fresh tomatillos. Plus, it’s a slow cooker chili recipe so you get the added benefit of leaving it all day to simmer without having to babysit it. In other words, it’s a chili for these busy holiday times.

This chili is a winter warmer that’s perfect for the holidays and it’s just one of the 75 recipes in The Spicy Food Lovers’ Cookbook – I hope you check it out!

You haven’t had chili until you’ve had this version. Tender pork loin, earthy roasted poblano peppers and tomatillos come together to create one of my favorite dishes. The only work here is in roasting the poblano peppers, which roast up quickly in the broiler. Then it’s “set it and forget it”. Just dump it all into the slow cooker and go about your business until it’s done. — from The Spicy Food Lovers’ Cookbook by Michael Hultquist