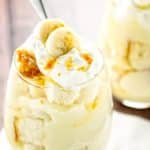 These banana pudding parfaits are a twist on a classic dessert with homemade pudding spooned over pound cake along with fresh banana and a bright orange sauce. 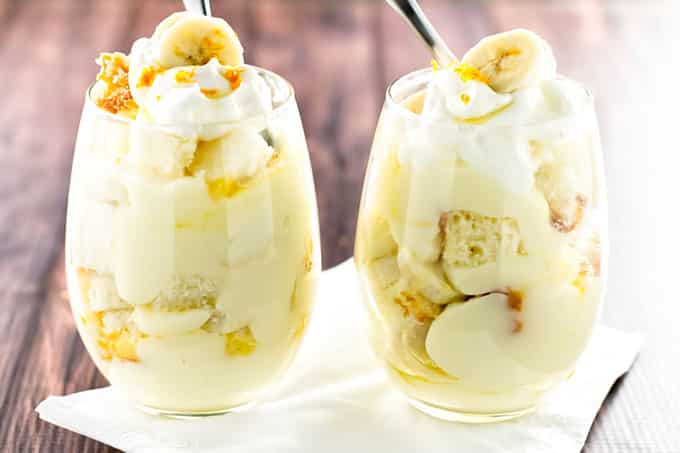 I don’t want to offend anyone – something I worry about when I mess with a classic – but these banana pudding parfaits are now in my top ten favorites desserts. Instead of using traditional vanilla wafers like you would with a traditional banana pudding, I spooned vanilla pudding over cubes of pound cake, added some sliced bananas, and drizzled it all in a bright and sunny citrus sauce. The soft, sweet bites of pound cake and drizzles of tangy sauce in amongst creamy homemade pudding are just too hard to resist.

Banana pudding has a long tradition in the South. It’s a creamy, fruity, sweet delight that can be made ahead (yay!), easily transported, and it’s sure to make anyone who dips her spoon in a happy person. Messing with tradition does not come without risks, so I will double bolt my doors and put my phone on silent so I can enjoy my banana pudding parfaits without worry.

Sorry, Southern friends, I hope you’ll forgive me and try this luscious dessert. 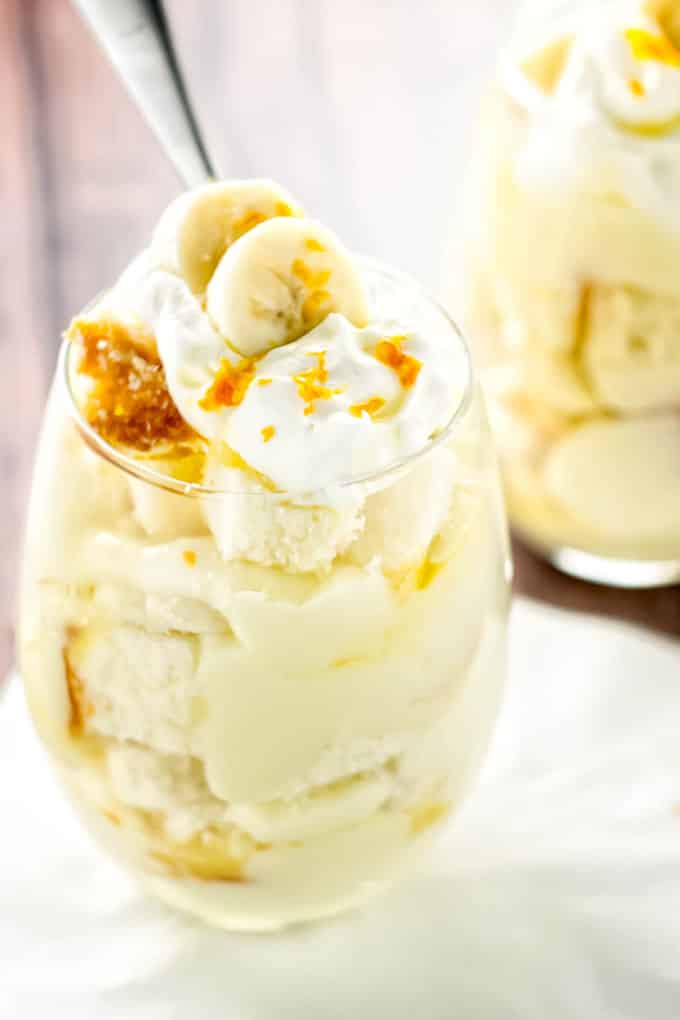 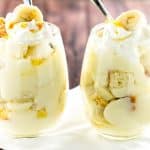 An old Southern classic gets an upgrade. These banana pudding parfaits comprise soft pound cake, creamy vanilla pudding, fresh banana slices, a fresh citrus sauce, and a dollop of whipped cream. I used store-bought pound cake (Entenmanns brand) and all of the other components can be made a day in advance and assembled a few hours before serving.

For the Citrus Sauce

For the Whipped Cream