Cozy chicken cordon bleu soup made with tender chicken, ham, and plenty of cheese with easy homemade croutons on top! plus an Anolon cookware giveaway! This post is sponsored by Babbleboxx.com on behalf of Anolon.

It was about a month ago that I tried a chicken cordon bleu soup at a restaurant and ended up incredibly disappointed. It was a sad bowl of ham, chicken, and pasta and I think the main problem was that the soup was made in a large quantity and left all day in a warmer so that by the time my bowl was delivered all of the flavors from the ham and chicken had cooked away. And what is chicken cordon bleu soup without those savory flavors? A bowl of hot milk with chicken stock I discovered.

But the silver lining was the inspiration that sad bowl of soup provided. I thought, well I can do better than this and so I set out to make chicken cordon bleu soup.

And the timing couldn’t have been better because not long after the nice folks at Babbleboxx.com reached out and asked if I would like to try out some Anolon Accolade cookware, so let me tell you a little about that first…

It goes without saying that I am hard on cookware with all the cooking I do and so the opportunity to try out high-quality products built to last is a no-brainer. The first thing I noticed pulling the pans out the box was their weight. The Accolade 8-inch skillet and 12-inch covered deep skillet are made with hard-anodized aluminum and you can feel the quality just by holding them. I also love that the non-stick coating is metal utensil safe so I’m not worried about scratching it all up like some other pans I have. One seemingly small, but important, detail are the rivets – they are flush with the pan which means they won’t get grimy over time because they clean-up beautifully when the pans are washed. Plus (!) the pans are dishwasher safe and oven-safe up to 500 degrees.

The cookie sheet is large and has a rim that makes it easy to pull in and out of the oven. Plus, when I used it to make this recipe, I didn’t hear it clang in the oven which is what a lot of lower quality sheet pans do when they heat up. It’s how they ended up wonky and warped.

I also got a cute teardrop-shaped teak cutting board and teak spoon. Teak wood is great for cutting boards because it’s durable and I love the size of this one for small-scale chopping work, but I also plan to use it for small cheese plates for entertaining because of it’s shape and the way it looks with those beautiful grain lines.

At the end of this post, you can enter a giveaway hosted by Anolon for a chance to win the same set I used for this post, which includes:

How to Make Homemade Croutons

When I set out to make chicken cordon bleu soup I knew I wanted a crunchy breaded element inspired by the breaded chicken in the original dish. Homemade toasted croutons were the answer. I made them first before the soup – here’s how you do it:

I love that the Anolon Accolade 12-inch covered deep skillet is big enough to make soup for four. It’s deep with tall sides and there’s more than enough room to simmer soup. For this chicken cordon bleu soup, I wanted to layer the flavors so that they all would shine through at the end.

Ladle the soup into bowls and top them with the croutons. I also like to garnish with more chopped parsley and some grated Gruyere cheese. You get the chicken, ham, cheese, and toasted croutons in every bite and it tastes like traditional chicken cordon bleu except soup-style. This chicken cordon bleu soup is a cozy cold-weather dinner.

Cozy chicken cordon bleu soup made with tender chicken, ham, and plenty of cheese with easy homemade croutons on top!

How to Make the Croutons

How to Make the Soup 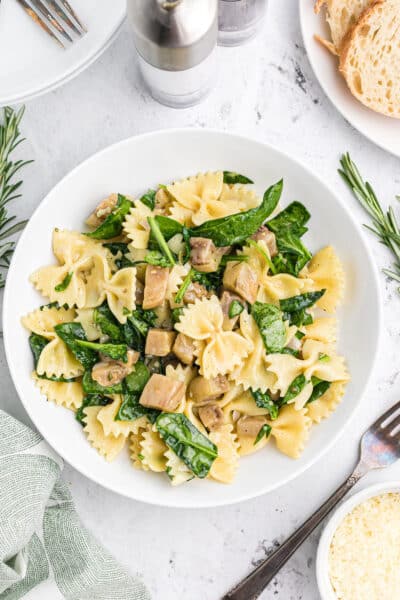 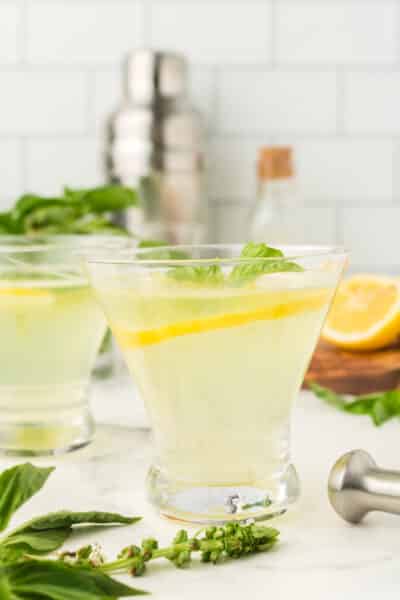 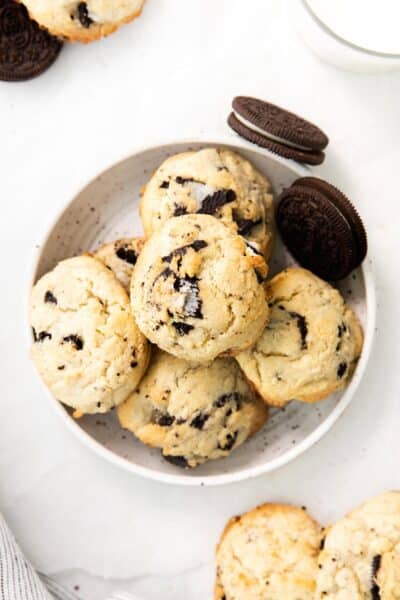