These breakfast sandwiches with crispy bacon and creamy melted brie are an upgraded tip-of-the-hat to the ones handed off at a drive-through window. Plus, they’re easy to make! Instead of cooking the eggs and bacon on the stove you bake them in the oven, which makes it easy to assemble four sandwiches at the same time. Make these bacon brie breakfast sandwiches for the weekend or keep them in the fridge for an easy grab and go breakfast. 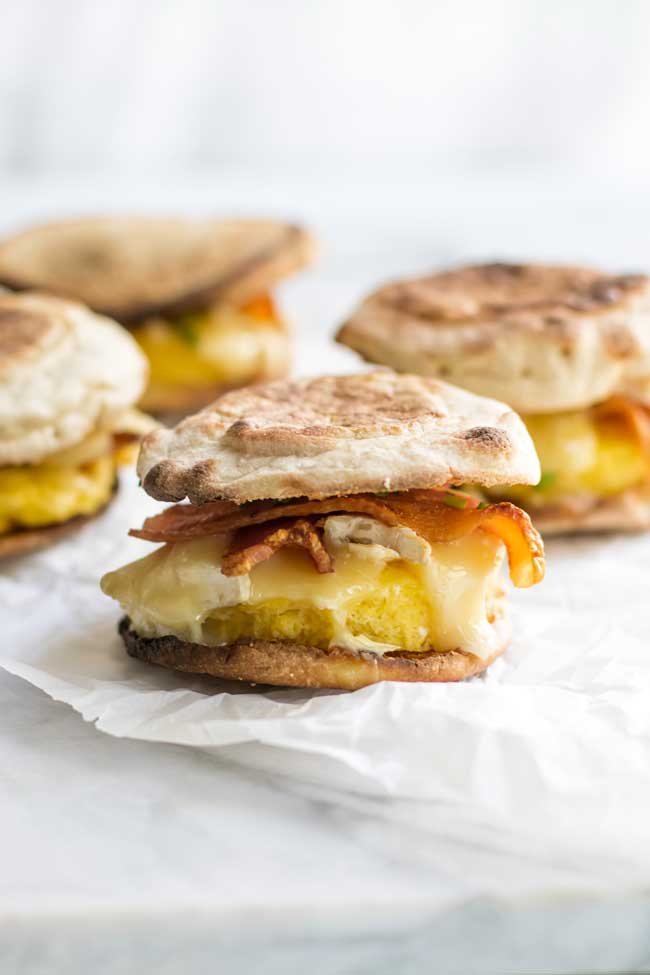 On a chilly-cold morning recently I finally got my act together and got to making some breakfast sandwiches. You see, it was two years ago (almost to the exact day) that I discovered an ingenious way to make breakfast sandwiches when a post called Healthy Freezer Breakfast Sandwiches (from Denise, aka meal-prep guru, who writes the blog Sweet Peas and Saffron) showed up in my inbox. At the time, as is my normal way, I proceeded to do nothing about it and let the idea rattle around in my mind for much longer than necessary.

The idea is a simple one: instead of cooking eggs on the stovetop and trying to arrange them into a shape that fits well on an English muffin (not to mention it’s really hard to do multiple sandwiches this way) you whisk the eggs, pour them into a baking dish and pop it in the oven to bake before cutting the cooked egg into circles that are just the right size for an English Muffin. This process makes it so easy to assemble several sandwiches at the same time whether you make them for a lazy Saturday morning breakfast or prep them ahead to have on hand for easy breakfasts during the week. 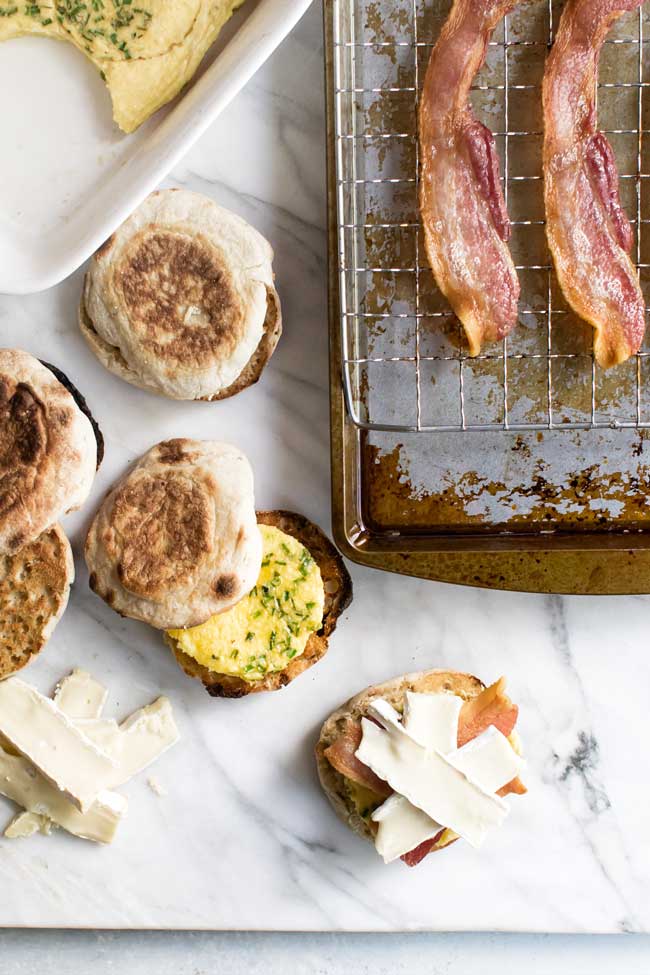 But first a note: I encourage you to check out Denise’s whole blog if you’re into smart meal planning, but especially her breakfast sandwiches if you want a healthified option. My version, while less than 500 calories per sandwich are more gourmet drive-through inspired. Think of them as a big step-up from what you might get at the golden arches. 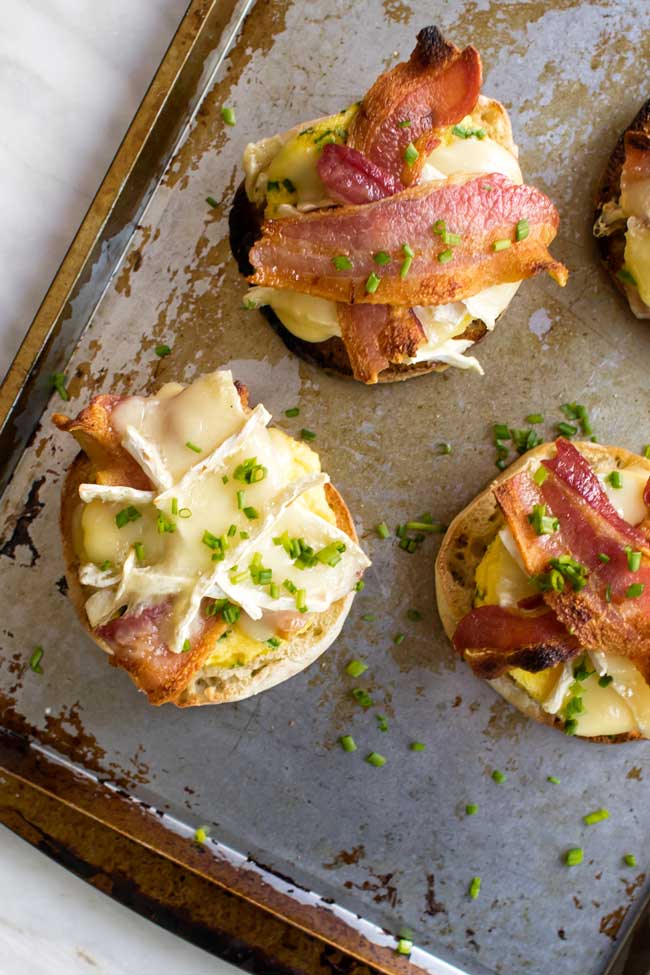 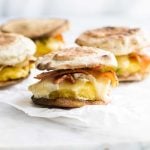 These bacon brie breakfast sandwiches are an upgraded tip-of-the-hat to those ones handed off at a drive-through window. Borrowing a technique I learned from the blog Sweet Peas and Saffron, you bake whisked eggs in the oven (along with the bacon) which you then cut into to circles. It makes it so easy to make four sandwiches at the same time that you can serve right away or wrap up and keep on hand for an easy grab and go breakfast. And, as it is the way with a lot of things, feel free to customize these sandwiches to your taste, but I find the combo of salty and crispy bacon with the creamy melted brie cheese a decadent one.

Post, photos, and recipe updated from the archives. First published May 2009.