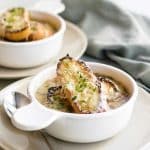 Use your slow cooker to make warm and cozy french onion soup a reality during the week.

I shared a recipe for crockpot mashed potatoes back in November and in that post, I mentioned something about not loving my crockpot. Right after that, I spun around and asked Santa to bring me a shiny new slow cooker for Christmas (my old one was olllld… 17 years old, I think) because, seriously, why haven’t I embraced crockpot cooking in the six-plus years I’ve been writing this blog?

So I decided to challenge myself and get back on the slow cooker horse starting with a classic French onion soup after learning that a slow cooker is a great hands-off way to caramelize onions. Normally, you’d have to spend at the least 45 minutes to an hour standing over the stove to get the same result making French onion soup a great dish to make on the weekend, but a terrible one for mid-week. Who has time to caramelize onions on a Tuesday night?

How to Caramelize Onions in a Slow Cooker

The best part about using your slow cooker to caramelize the onions is that it’s a hands-off operation. The trade-off is that you won’t get deeply golden browned onions that you would otherwise get if you caramelized them on the stove, but they still come out the slow cooker tender and sweet. The trade-off is worth it for me to be able to have a cozy bowl of French onion soup on a random Tuesday that would otherwise require a half-day off work if I made it from start to finish on the stove. 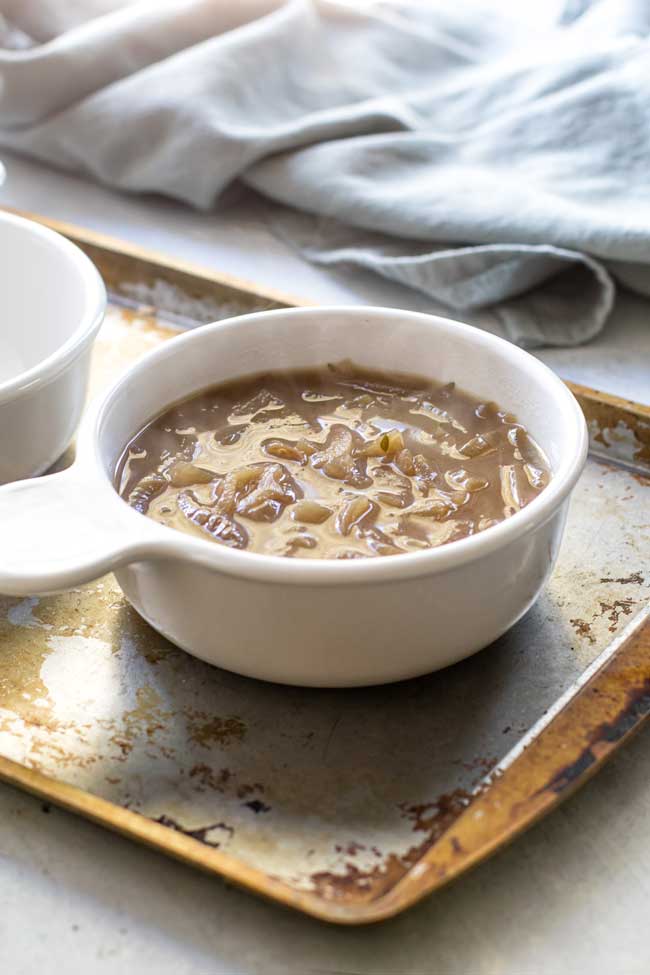 How to Make French Onion Soup

Once the slow cooker caramelized onions are done the soup comes together in about 30 minutes. 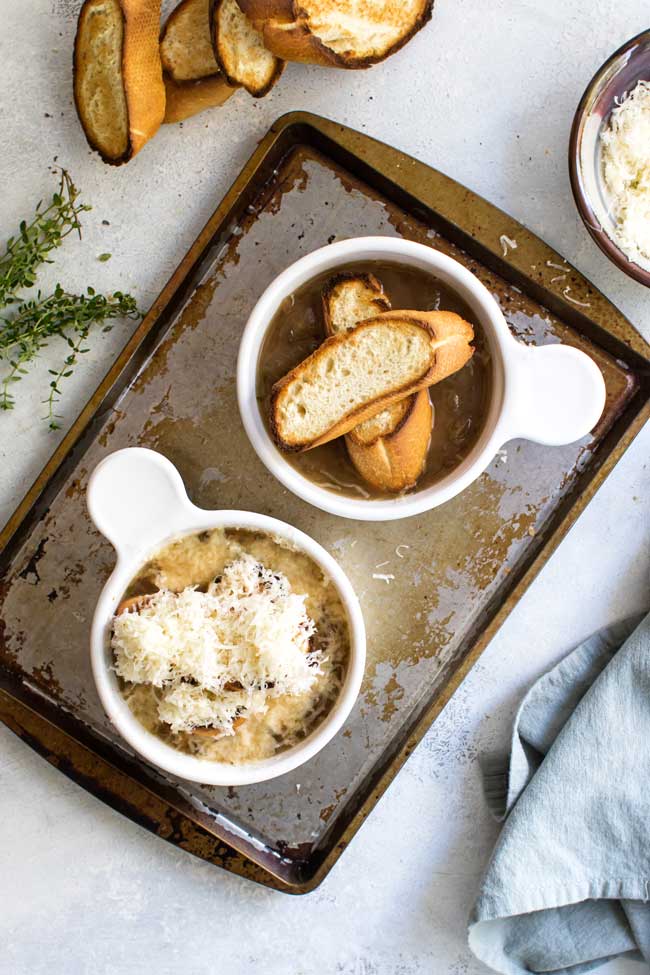 The toast soaks up all the brothy goodness and the cheese – that cheese! I am in love with the ooey-gooey gruyere cheese. One bite and you’ll feel like you’re sitting in a French bistro far, far away from your normal it’s-just-another-Tuesday-night situation.

All thanks to a slow cooker. 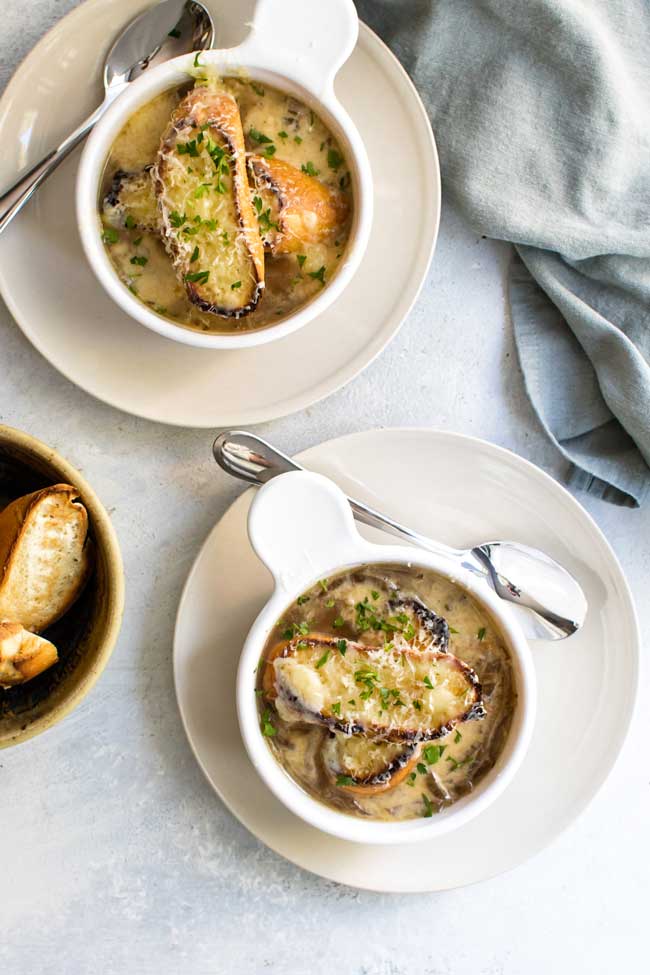 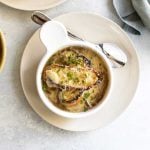 Classic French onion soup made easy thanks to the slow cooker. You can caramelize the onions ahead of time in the slow cooker so all you need is 30 minutes the next day to add the finishing touches. Perfect for a weeknight supper!

For the Caramelized Onions 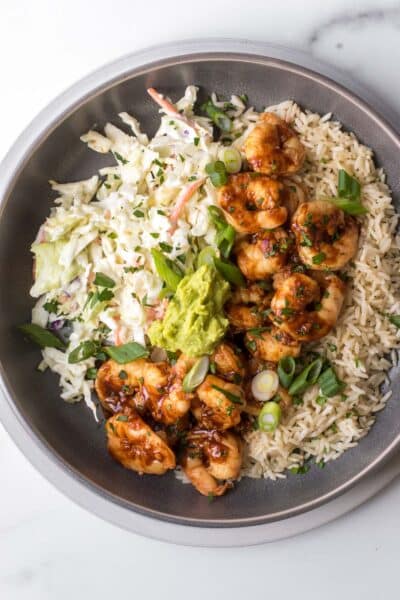