This Instant Pot black bean soup with bacon, green chile, and spices cooks in about an hour – no need to soak or simmer the beans for hours! It’s so easy you can make it on a weeknight.

When I got my Instant Pot earlier this year one of the must-tries I scribbled on my list was black bean soup. Although there’s already a black bean soup buried in this site’s archives it’s one made with canned beans – a fact that carries no shame because canned beans are economical and convenient and a go-to ingredient in my kitchen. Pre-Instant Pot days, I turned to canned beans because dried ones frustrated me with their long cook time and high-maintenance attitude. But back in the early days of this year’s summer when my electric pressure cooker arrived, I sensed a new dawn for my bean soup-making ways. With an Instant Pot, there’s no soaking and no long-term bean simmering session required on the stove.

But at the time I was scribbling my must-make list, I felt like I was living inside an Instant Pot given that the heat index was around 100 degrees for an ungodly amount of days in a row. To publish something as cozy and hearty as a bowl of black bean soup at the height of summer seemed silly. No one on this side of the globe is interested in coziness mid-July. And so it was just over a week ago, on a cool and breezy September day, that I locked the ingredients for a smoky black bean soup inside my electric pressure cooker and closed the steam vent. A soup of tender and creamy black beans swimming in a rich and hearty broth emerged about an hour later and now I may never go back to canned beans for soup-making again. 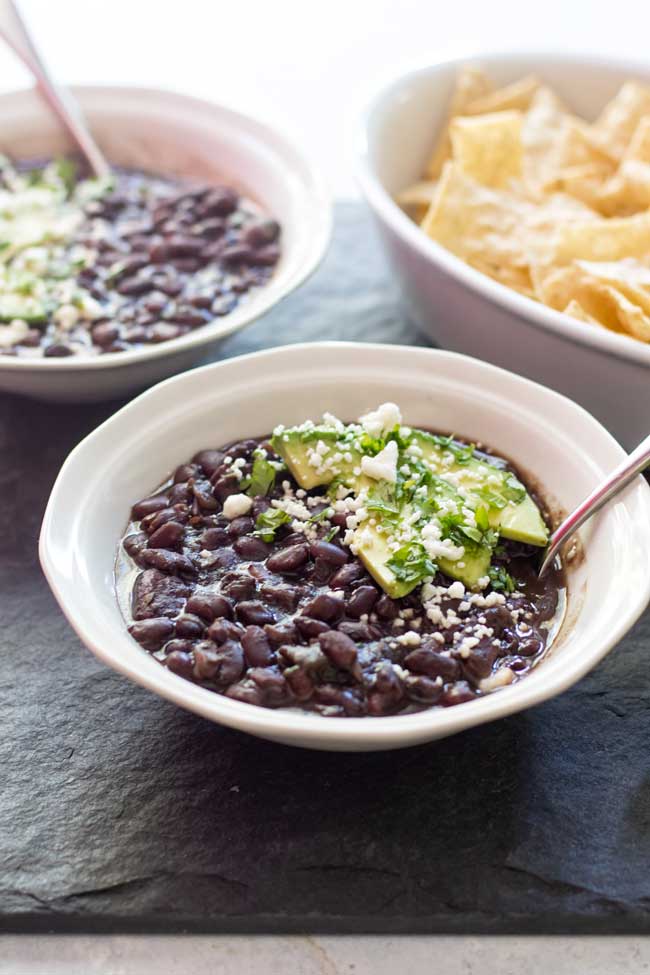 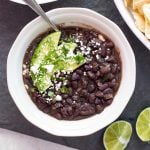 This hearty black bean soup with bacon, green chile, and spices cooks in about an hour in the Instant Pot. No need to soak or simmer the beans for hours – it’s so easy you can make it on a weeknight.