This pesto chicken orzo soup is a quick 30-minute small-batch dinner that makes enough for two people with some leftovers. It’s packed with tender chicken and fresh zucchini along with some pasta and a pop of pesto. 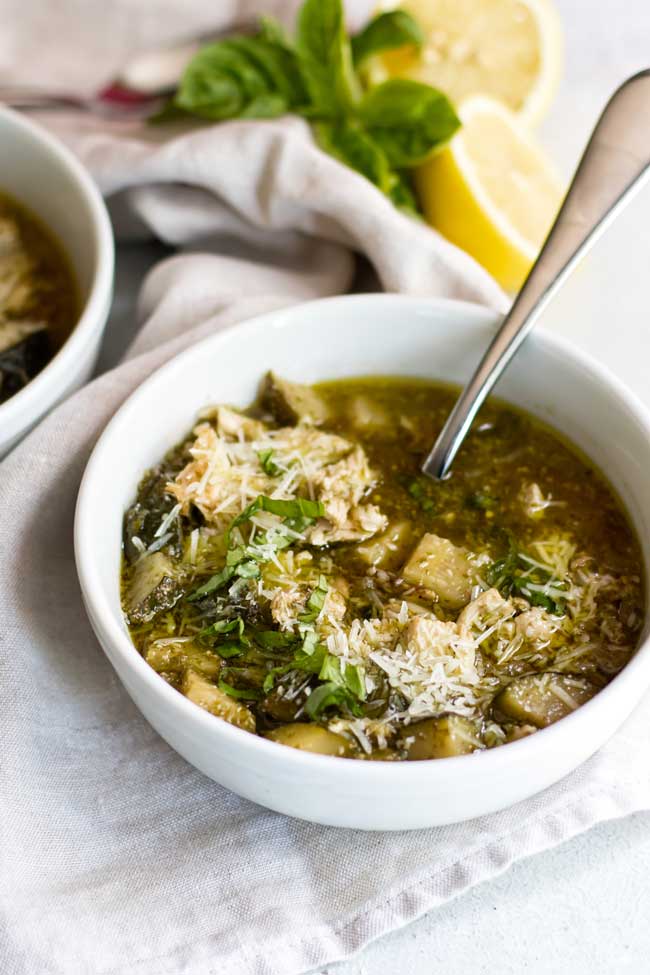 Anyone who’s successfully grown basil knows that whirring up a batch of homemade pesto is the best way to put all of those tender leaves to good use. And anyone who’s spent at least five minutes on Pinterest knows you can portion it out in an ice cube tray and freeze it with the intention to use it all through the fall and winter when basil is out of season. But, based on a recent conversation I had on this very subject, turns out that the carefully portioned frozen pesto has a higher chance of being tossed out than being used. This is not a scientific conclusion based on a large sample size, but I suspect this is the case more often than not. So, inspired by the conversation about what to do with all the pesto, I came up with this pesto chicken orzo soup as one option so instead of tossing out twelve cubes you only have to toss eleven.

It’s a small-batch soup that makes enough for two people with some leftovers and not only puts pesto to use but other odds and ends that take up room in the pantry and fridge.  It’s hearty enough for dinner along with some bread on the side.

The recipe makes enough to serve a couple of people for dinner with leftovers for one to warm the next day for lunch. Toast up some bread on the side, crack open a crisp white wine, and you’ll have a little cozy dinner for two. 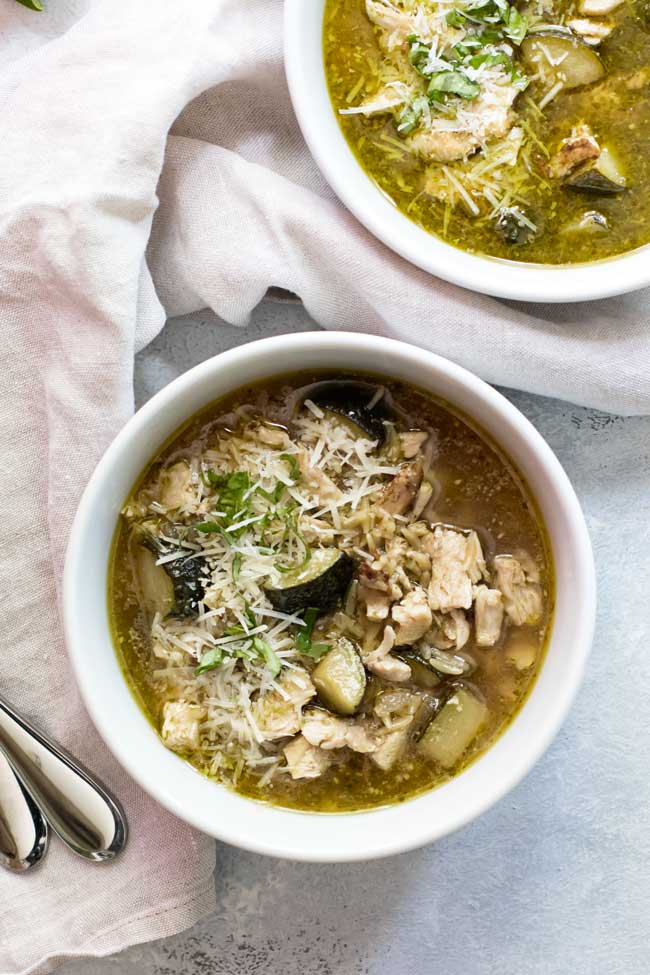 This small-batch soup with chicken, pesto, zucchini, and pasta makes enough for two people with some leftover to reheat the next day for lunch. It’s a quick 30-minute dinner.