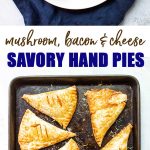 These savory hand pies filled with mushrooms, bacon, spinach, and cheese are a fun snack for game-day. You can make the filling up to a day in advance and then bake them when it’s time to dig in.

There are two groups of people in this world– those who like football and those who don’t. I fall into the latter group. Oh, sure, I have been known to cheer and wear a shirt bearing the logo of my “favorite” team, but, at the end of the day, I can honestly say that if football was banned from the earth I wouldn’t think twice about it.

Except, if football was banned from the earth I would definitely miss the food. The foods that I associate with football are some of my favorites. I will happily sit through an entire game if there is a spread of tasty snacks. If someone invites me to watch a game at their house the first question I ask is, “will there be food?” and the answer to that question rates heavily in my decision to attend. And, yes, I am that person who asks if there will be food.

I started playing around with savory hand pies after I made some traditional dessert-style ones. I like the idea of a hand-held pizza-like treat that’s easy to eat, so I guess I would categorize these as fancy homemade hot pockets. They’re stuffed with mushrooms, bacon, and spinach plus some cheese. They’re a fun option for game-day especially with some marinara on the side for dipping.

These savory hand pies filled with mushrooms, bacon, spinach, and cheese are a fun snack for game-day. You can make the filling up to a day in advance and then bake them when it’s time to dig in. 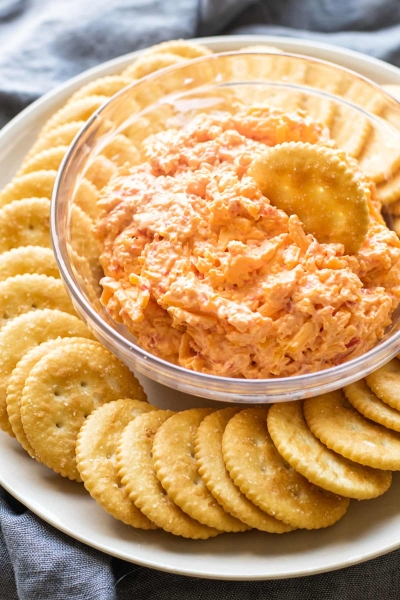